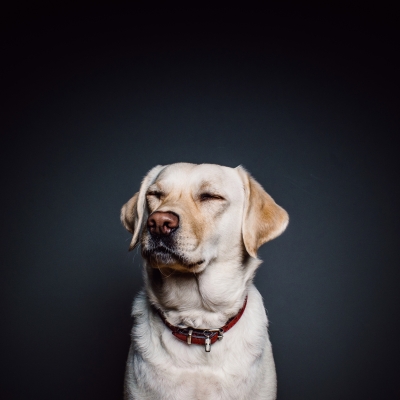 Maria and Brutus walked into my office with Brutus stopping periodically to scratch on his way in. I saw the look of dismay on Maria’s face as she approached the front desk. I overheard her discussion with Jean Ann desk how Brutus has had a skin problem for so long and she’s tried everything. She doesn’t think I’ll be able to help, but she’s here anyway. Brutus sat patiently by her side periodically scratching at his underarms. Brutus was an older dog Mastiff mix, he’d around and seen some things, so not much got him excited.

Brutus and Maria went to the exam room. Upon giving him his physical I could see the crusted skin under the elbows had been there so long it was actually starting to get dark with pigment. His mom showed me the arsenal of things that she had tried to no avail. Since she had ruled out so much, it actually made my task much easier. We opted to check for fungus and there it was. Dog’s do get fungal skin diseases commonly, not like athlete’s foot or mushrooms you would see on a pizza, but a fungal disease of a different variety.

His mom actually broke into a smile, and I’ve never seen anyone smile over a positive test so much. We had our answer, but we had to address how to treat it.

Next was the daunting task of giving Brutus a bath every week for 2 months. Since Brutus was over 100 pounds, this was no small request. His mom said she was up for it, so I gave her the shampoo and out she went with a smile on her face. She stopped in a few days later, saying that he had already shown improvement. She hadn’t seen him this well in months. He was a puppy again. I was thrilled to see the joy on her face. This woman who had all but given up hope was putting in quite a bit of work and seeing the fruits of her efforts. Brutus was himself again, and she was overjoyed.

Maria still stops in every now and then just to tell me how great Brutus is doing and how appreciative she is. I can see they both have a new lease on life. It’s amazing to me to see how helping an animal with what might seem like a mild situation to some, can be life-changing for both dog and owner. It seems that they are both ready to take on the world now. While Brutus is more content to stretch out and relax rather than to learn any new tricks, I can tell his life is happier and fuller. Which is what my job is all about. It’s just another great day at the office.