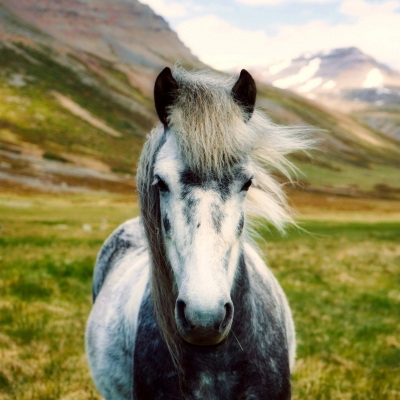 I was heading out to a farm for some routine vaccinations and health papers for a hackney pony who pulled a cart competitively. Victory was no ordinary pony. She was the product of generations of hard work and a family’s pride and joy. Shirley was Victory’s owner who I had come to know and admire. She had lost her husband years before I had met her, and had managed an entire farm and produced many successful horses all on her own. Not to mention she makes the best pumpkin chiffon pie in the world. Shirley had a daughter Vicki, who lived close by and always helped her mother, whether she wanted it or not. Their personalities were so similar as were their goals to produce champions. I met Shirley and Vicki at the barn. With Vicki holding the small mare I gave her a physical. She was a perfect specimen. A sleek coat, great conformation, and perfectly healthy to boot. I administered her required vaccinations and wrote her health papers for travel. She was good to go off to her competition.

Victory was the product of Shirley’s late husband’s favorite horse and the hopes for this young mare to be a champion were high. Three generations of this line were born and raised on her farm and this was the most beautiful. I could see the smile come across Shirley’s face whenever she looked at her. She knew this mare was exactly what her husband had in mind. Vicki drove this horse regularly and we were all shocked when Shirley informed us that she would drive this mare at least once before she left for the competition. Shirley had probably driven more horses in her day then I have ever laid eyes on. She was nearly 87 years old. I knew she could do it but a part of me worried about her. When Shirley said she was going to do something, you got out if her way and let her do it. Vicki knew this and promptly set up the cart went to the arena behind the barn.

There really are no words to describe how I felt seeing Shirley drive this mare. She was flawless, perfect form, perfect horse, just perfect. For a moment the woman behind the reins, who was old enough to be my grandmother, looked like a girl in her twenties doing what she loved and was so good at. We were in awe. After a few minutes Shirley hopped off and said she is good, she had a good chance at winning. So off Victory went to her competition. Shirley and Vicki went as spectators enjoying the view of their prized family heirloom in all her glory. And she won, she was a champion. I don’t know how many more horses Shirley and Vicki will have and produce, but I feel like this one will be hard to top. I have learned that age is no limiting factor, its all about determination. So when I see Shirley and Vicki making their way, I hope I can be like that when I am at that stage of life. And I have to learn how to make that pie!